Better Bristol and Beyond

A journey towards leaving a 'better' footprint.

Last weekend, Lucy and I were lucky enough to attend a talk on zero waste living, given by the movement’s hero – Bea Johnson. What we didn’t realise when we bought the tickets was that we were getting two additional speakers thrown in to the mix. This made for a slightly lengthier session than expected but an extremely informative and inspirational one nonetheless! Apologies in advance for the number of times that I’m likely to repeat the word ‘inspirational’! 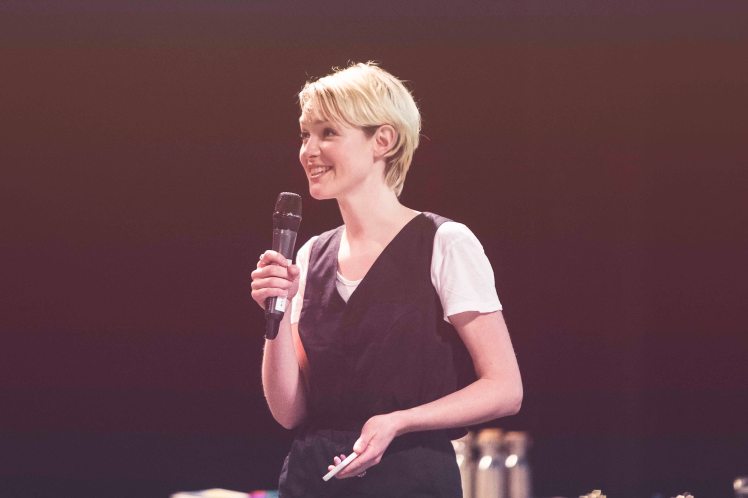 The event was put on by Eqoliving and hosted by eco blogger, youtuber and mega-babe, Kate Arnell. First up was Michelle Cassar, one of the directors at City to Sea. Before moving to Bristol, Michelle lived on the west coast of Portugal, photographing surf schools. It was here that she became painfully aware of the quantity of plastic that resides in our oceans. As Michelle talked about cleaning beaches, only to return the next day to find them totally littered with plastic, her frustration and emotion was clear to see. Her heart broke for the animals, which were ingesting the waste, as well as getting trapped in it and she felt helpless. However she wasn’t deterred. After making the choice to refuse single-use plastic in her own life, she began approaching local businesses to encourage them to do the same. The results were heart-warming. Her mission is to go to the source of the problem: the companies producing plastics unnecessarily. City to Sea’s successful campaign – Switch the Stick (encouraging big manufacturers to switch the plastic cotton-bud stick to a paper one) shows that with perseverance and belief in the project, change can happen. Their latest campaign focuses on eliminating the use of disposable bottles by encouraging people to refill instead. Their newly launched app couldn’t make this easier to do. Free refill stations around the city are clearly marked on the map. Plus filling up earns you points, which of course means prizes. I urge you to check out the City to Sea page as well as Michelle’s blog and get involved in these two fantastic movements for change.

Next was Lizzie Carr. I read about Lizzie in The Guardian last year and I was thrilled to hear more of her story. After being diagnosed with cancer, and coming through treatment, Lizzie reassessed what was important in her life. Desperate to spend more time outside, she took up paddle boarding and that’s where her vendetta on plastic began. After getting carrier bag after carrier bag stuck in her fin, she decided to do something drastic. So, last summer, armed with her paddle board and little else, she traversed the waterways from one end of England to the other, documenting visible plastic pollution along the way. What she saw shocked her, and in reality, there was probably a lot more plastic lurking out of sight, as well as beneath the water. This summer Lizzie will be running Plastic Patrols around the country, revisiting some of the areas she saw on her journey that were worst affected. It’s free to go and join her and she’s providing paddle boards too! Lucy and I will definitely be checking this out. In the meantime, we found out that there is a monthly clean up of our own harbour, which welcomes volunteers so why not come along to one of those with us? 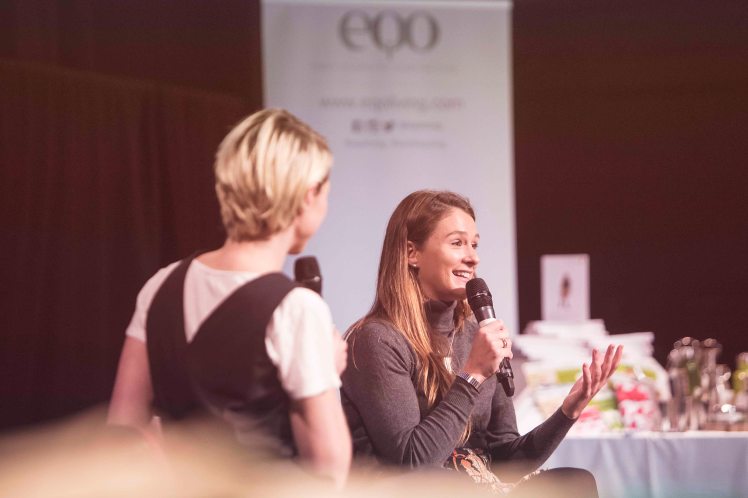 The main event was Bea. I’ve never heard her speak before and less than a minute in I was smiling. She gives a really clear and powerful message but her manner is light and she’s surprisingly funny. As she showed photos from inside her truly minimalist home, it was clear that she really practices what she preaches. Bea and her family (including two teenage boys) live by the 5 R’s. She emphasised how vital it is to follow them in order so that they are most effective. By far the most important is the first – REFUSE. This did really get me thinking about the things that I accept into my life (junk mail, free pens, endless piles of stuff I have accumulated and never use) without question. Although I have certainly reduced the amount of ‘stuff’ in my life, I know I could go further. For example, I know I don’t need kitchen roll – I have plenty of tea towels I can use and then wash. And there’s no need for me to pick up paper napkins in cafes and restaurants – I just need to remember to take a couple of hankies out with me. But it’s just paper, it’s recyclable! I hear you cry. Well sadly, the low-grade paper used to make the items above probably isn’t recyclable. And if you do a bit of reading, I’m sorry to say that you’ll find out that recycling is really not the answer (a blog post of it’s own for another time). The only answer is to use less of these things in the first place. What I love most about Bea’s lifestyle was the simplicity. For her and her family, less stuff has led to more time. More time together. More time doing, rather than having. More time living rather than buying. They have completely rejected the capitalist message that we need things to be happy. And before you start making assumptions about them being weird hippies (like I did), let me assure you, they are completely normal. Well actually, I suppose they aren’t. They are living in a way that goes utterly against everything society is telling us to be and have.

While I’m unlikely to become a full-on minimalist any time soon, I have really taken on board loads of what I heard from all three women. Globally, we need to consume less. Less of course is relative to you. I do believe though that our individual actions matter and make a difference. Even if you just focus on refusing or reducing one aspect of single use plastic in your life, like straws, bottles or coffee cups. These are such easy steps to take and will make a difference. And if you want to take things further with a bit of light activism, that’s easy too. I spent about an hour this morning emailing local pubs and café’s, challenging them to stop putting straws in drinks automatically and wait for the customer to ask. Imagine how many straws would be saved from landfill/the sea if everywhere took this stance? 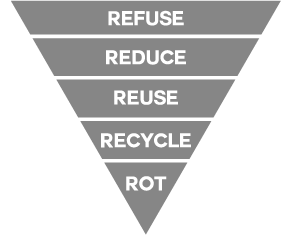 If you’d like to read more about these amazing women and their stories (and I highly recommend you do), links to their websites and blogs are below. I hope you are as inspired as I was.

Many thanks to Eqoliving for the lovely photos.